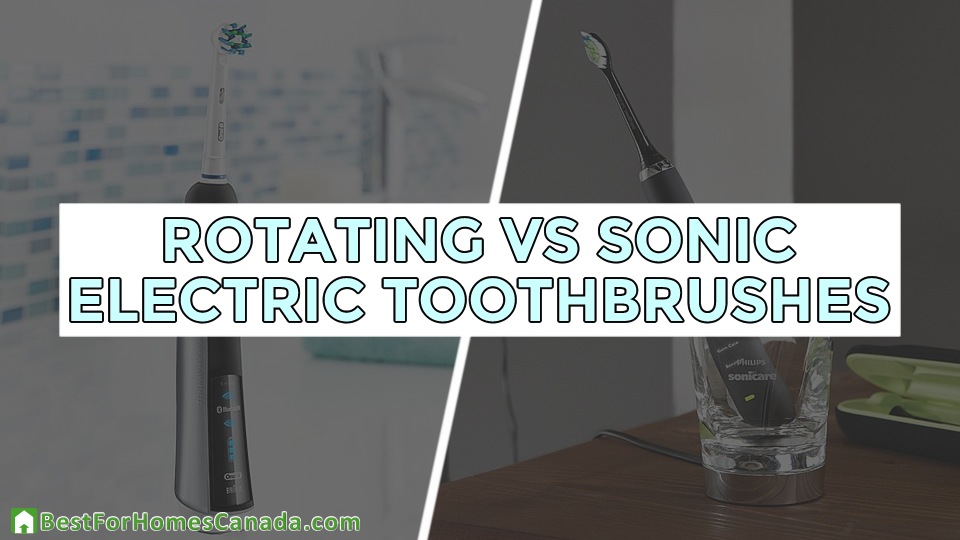 Although both work better than manual brushing, there are differences that many people wouldn’t even realize and these are:

Standard electric toothbrushes tend to rotate and oscillate only but there are some that have a pulsating function as well. Sonic toothbrushes have an intense vibration in addition to all of the above. Just holding this against your teeth for a second will have given it a good scrub without the effort. It’s a lot more effective and quicker in removing plaque and tartar build up.

A higher rotating speed means more surfaces in your mouth is covered due to fluid dynamics. The intense vibrations and pulsations causes pressure on the toothpaste foam and bubbles which is pushed in between your teeth and along the deeper gum areas in those hard to reach areas to give it a deeper clean.

Dentists call it ‘non-contact brushing’ because the bristles on the toothbrush doesn’t actually touch these surface areas. However, it gives teeth a better clean and better mouth hygiene even if it’s just a quick brush.

Sonic electric toothbrushes are well known for their gentleness on gums. It’s ideal for people with sensitive gums and it’s a great way to show children how much pressure should be applied during brushing. There are even models which have a pressure sensor feature to let you know when you’re brushing too hard by stopping.

Rotating electric toothbrushes will typically have the one intensity setting but with a sonicare toothbrush, it can have up to 3 intensity settings. The reason for this is because of the high rotating speed, it causes the vibrations to be quite strong which can be uncomfortable for new users or the elderly. To get them used to it, they could start off on the lowest setting. It’s also the setting to use for sensitive gums or when you have inflamed gums.

Most sonicare toothbrushes have a long battery life of up to 3 weeks when used on the usual daily basis whereas rotating electric toothbrushes tend to last around 7 days only.

Some rotating toothbrush models tend to have a wider range of brush heads to choose from. Oral B models are usually compatible with each other and there are brush heads for everyday brushing and for special brushing solutions.

Although the differences aren’t big, the results produced are. Sonic electric toothbrushes are a lot more efficient in removing plaque and cleaning in gum pockets. They’re ideal if you have crooked teeth or orthodontic appliances and for people with limited dexterity such as arthritis.

Just remember though, the more efficient movement an electric toothbrush has, the better the brushing will be.